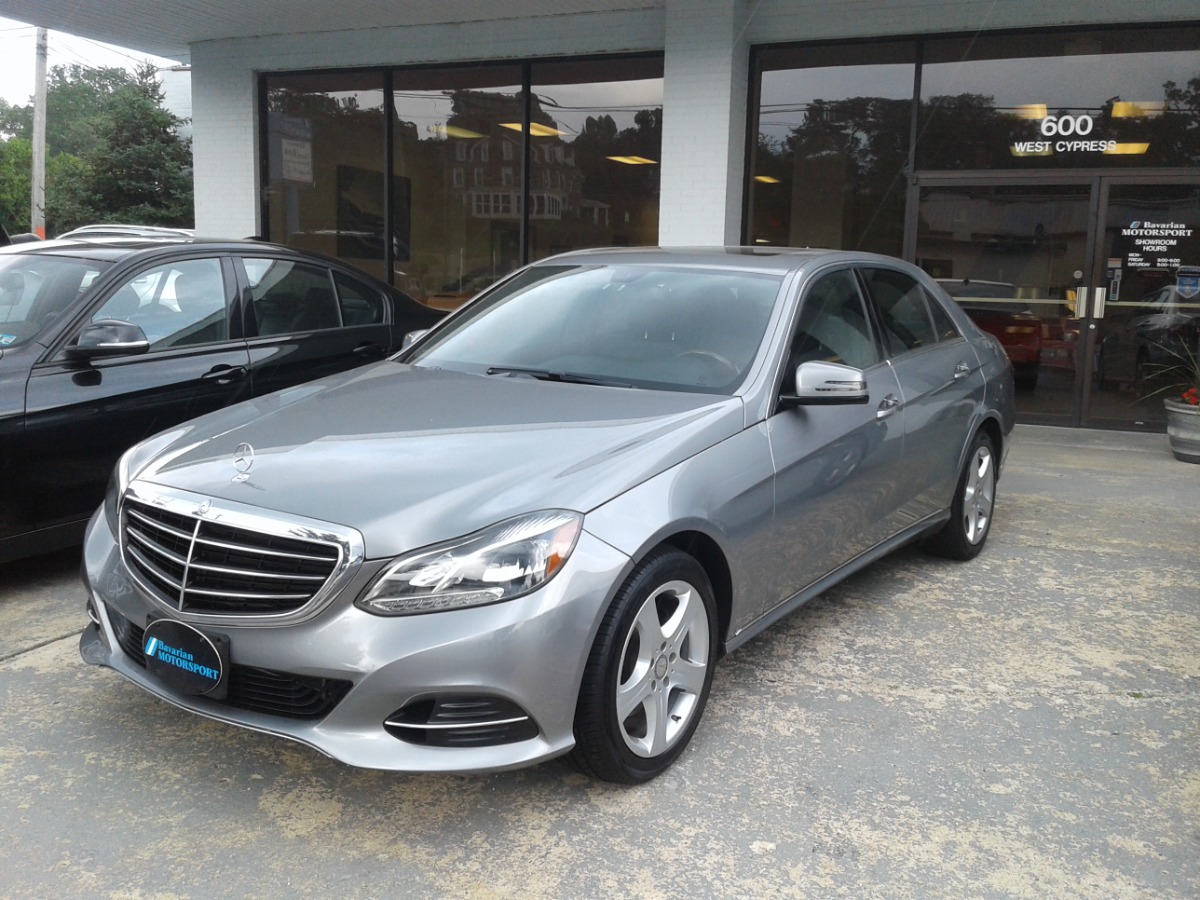 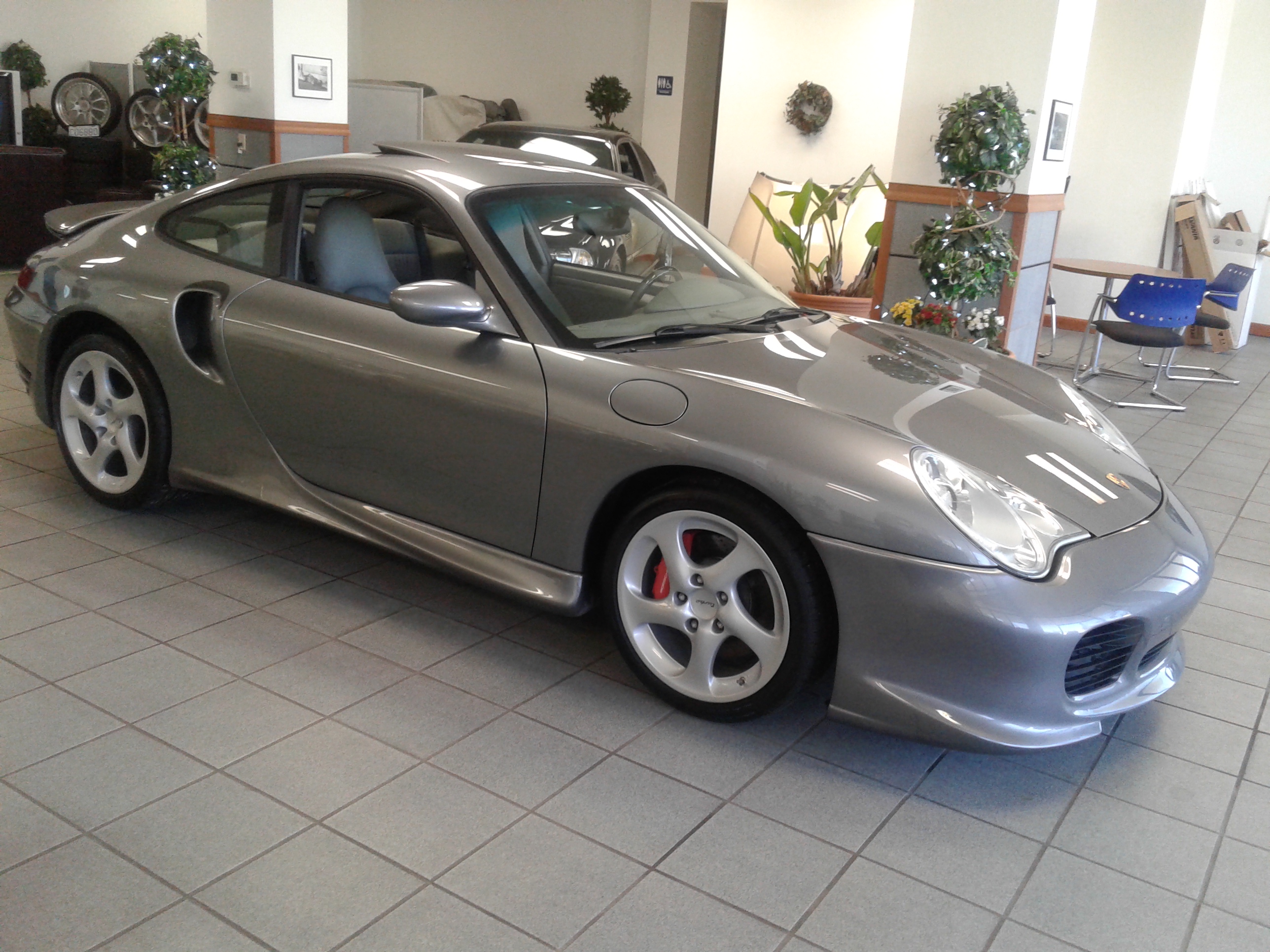 Wow, does it get any better than this? Turbo, Coupe, 6-speed manual transmission, low miles-35615, All-Wheel-Drive, no IMS bearing issues, well maintained, clean Carfax. This 996 Series introduced in the US in 1977 as the Turbo Carrera. The 911 Turbo has gotten faster- 415 hsp, better handling and more fun to drive. This special Turbo has an aerodynamics package installed by Porsche- notice no door handles!We welcome trades and can arrange financing. Please contact Suzanne at three-zero- two five-four-five-three-four-eight-nine 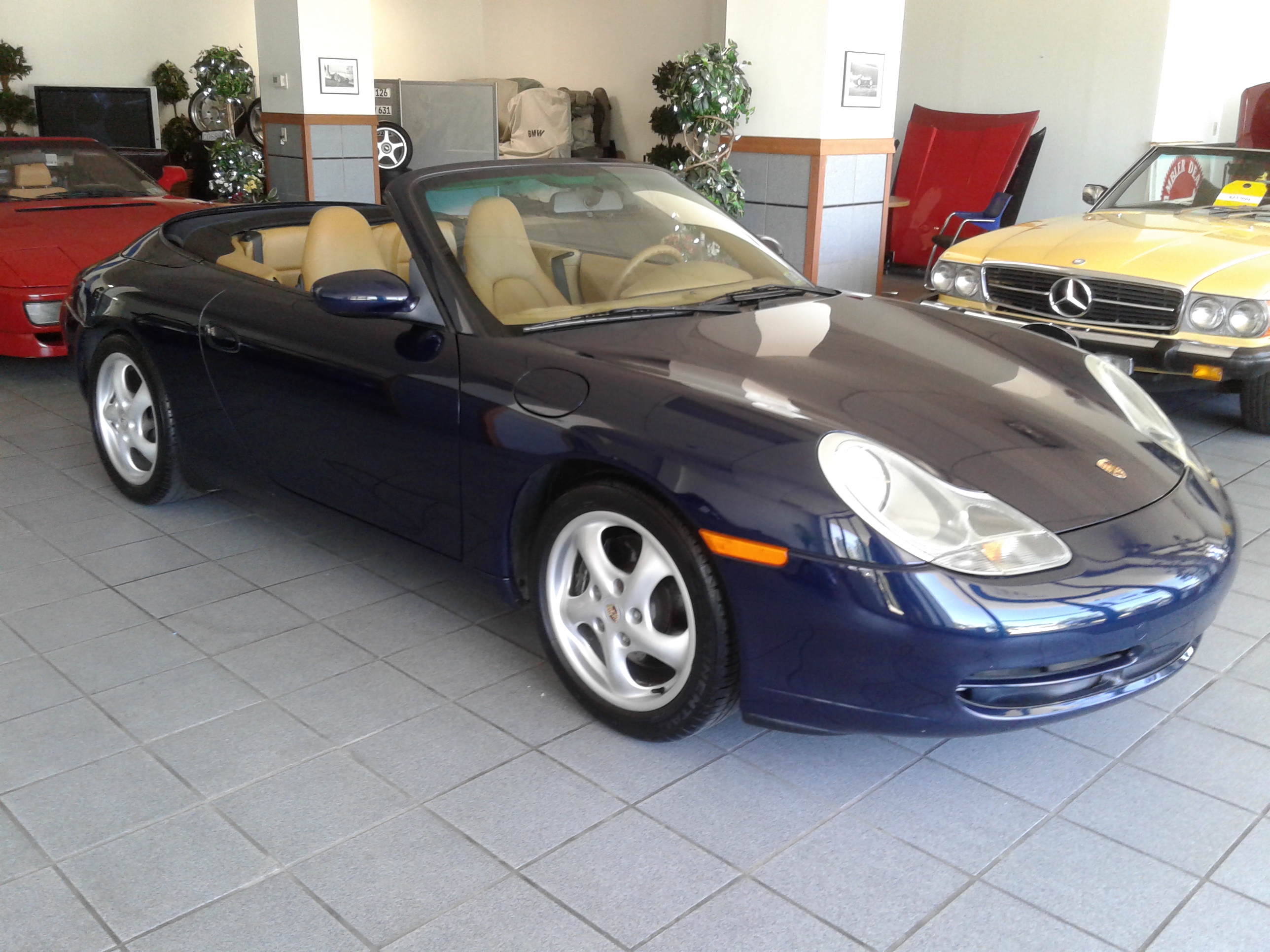 Beautiful condition in and out , 1997 SL500 only 51,000 miles in our showroom with matching hardtop. Trades welcome and financing available. Contact Suzanne directly via call or text 3025453489 (PRESS RELEASE 25 March 1997Mercedes-Benz Introduces 40th Anniversary SL Roadsters. MONTVALE, N.J., March 25 -- Mercedes-Benz will commemorate the 40th Anniversary of the first 300SL Roadster by offering special limited-edition 1997 SL320 and SL500 models. Production of these exclusive models will be limited to 250 of the 40th Anniversary SL320 and 500 of the 40th Anniversary SL500, for a total of 750 cars -- about 10 percent of annual SL sales in the United States. Both cars will be available in May. The 40th Anniversary Edition SL Roadsters will make their public debut at the New York International Auto Show at the Jacob Javits Center in Manhattan. The current Mercedes-Benz SL class carries on a tradition of high performance, high style, and luxury that spans four decades. The original 300SL roadster succeeded the famous 300SL "Gullwing" coupe in 1957 and set the precedent that the company's performanceflagship should be a roadster. Like the Gullwing, the roadster was alimited-production automobile -- just 1,858 built over a seven-year period. Today, annual SL production typically reaches about 20,000 cars for worldwide sale. Each of the 40th Anniversary SL Roadsters isdistinguished by special paint and interior trim not available on otherSL models. Except for the instantly recognizable Mercedes-Benzthree-pointed star logos front and rear, exterior badging is deleted. The 40th Anniversary SL Roadsters feature what may be the highest-quality, softest leather upholstery in the world, called "Exquisite." In addition, the SL500 features six-spoke Evo II alloy wheels with wide, low-profile 245/45ZR-17 tires. As on all Mercedes SL models, a removable aluminum hardtop that transforms the car into a sleek coupe is standard. The 40th Anniversary Edition SL500 comes in Crimson Metallic with a black soft top. The parchment leather "Exquisite" interior features chestnut interior trim, leather/wood trimmed steering wheel and 40th Anniversary Roadster Edition floormats. Equipped with a compact disc changer and heated seats, popular options with SL buyers. The SL500 comes with a 315-horsepower 5.0-liter V8. The engine is teamed with an electronic five-speed automatic transmission that responds to both driving conditions and individual driving styles. A body structure that's among the strongest of any open car gives the Mercedes-Benz SL a balance of world-class handling and exceptional ride comfort not usually found in a sports car. A standard safety feature on every Mercedes SL is an automatic roll bar which deploys and locks in place in a third of a second if sensors detect an impending rollover. Normally part of the rear-compartment surround structure,the padded, leather-covered bar can also be raised and lowered by a switch on the console. Door-mounted side airbags, are part of the Supplemental Restraint System (SRS), which includes full frontal airbags and emergency tensioning retractors that tighten the seatbelts in a collision. (The Mercedes SL and SLK are the only convertibles with side airbags.)

Mercedes Benz only made 5700 of these 4-seater cabriolets worldwide. I know. I sold new Mercedes for 12 years. Each dealer in the USA was allotted 2 cars per year for the 3 years it was shipped over here. MSRP was $85-95,000. I purchased this 4 seater Cabriolet in the fall of 2016 from an individual outside of Washington DC. I also have a 1995 Mercedes Cabriolet that I've owned since 2008. I purchased one for each of my daughters. "One day you'll thank me for this. This is a collectible. And they will be worth a lot of money. This is your inheritance. " I feel this is one of the most handsome Mercedes ever built. Hundreds of thousands of the W124's in a variety of engines and body styles were built between 1986 to 1995 with the final years designed by Bruno Sacco. My car is in excellent running condition with new valve cover gasket and new tires. I'm parting with it because I purchase a 1979 Porsche 911 SC Targa. We welcomed trades and can arrange financing. Please contact Suzanne three-zero-two five four five three four eight nine for a Zoom showing or a test drive. 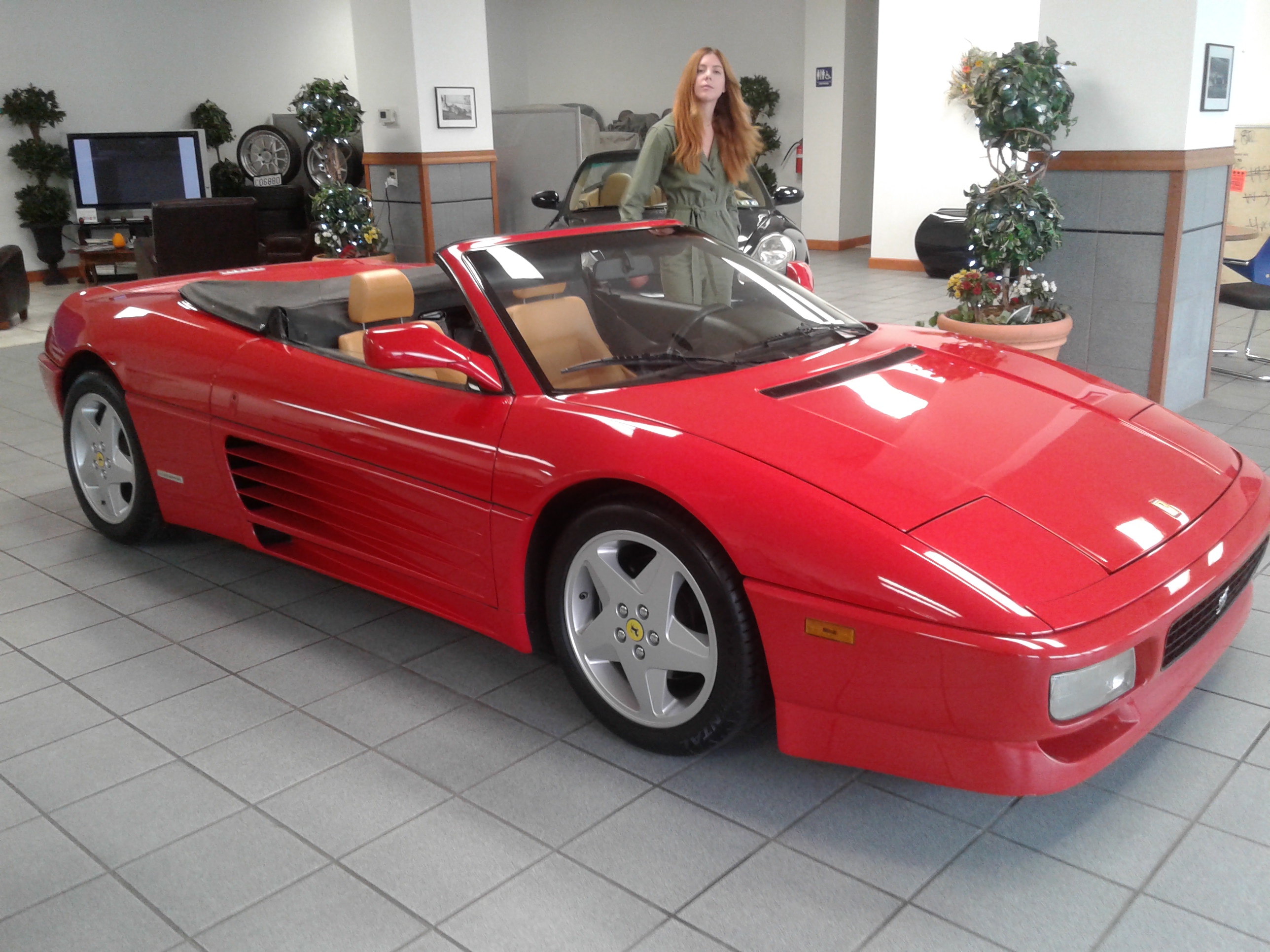 1994 Ferrari 348 Spider in our showroom in very nice condition.The last year for this Pininfarina build was 1994, being the last model Enzo Ferrari was involved in. Side Edward Scissorhand strakes and square taillights, the 348 looks very similar to the other red headed step child the Testarossa. The 348 is a 3.4-liter quad-cam 32-valve, dry-sump, mid-mounted V-8. Hence the number 348. This Rosso Corsa (Red) with Leather Saddle interior and Black soft top, is rated at 296 hp with 238 lb-ft of torque through a five-speed manual transmission. It's a H-patterned transmission with reverse straight forward and first straight back. Rated at 0-60 mph in 5.6 seconds, with a top speed of 171 mph. Original MSRP was $117,400.Stated Miles Per Gallon: 14/23 mpg Observed MPG 16/21 mpg Curb Weight: 3252 lbs Lay out Mid-Engine/ Rear Wheel Drive.One of 556 imported to the USA, this has only 39,300 miles with a clean Carfax and has been serviced every few months / few hundred miles at Algar Ferrari in Rosemont, Pennsylvania. At 32,000 miles 8/01/2008 - over haul/ repair of flywheel, 35,724 miles 11/15/2013 - Belt Service performed. 39,264 miles 3/31/2021-rear main seal leak repair/ rear inner axle repair. The initial launch of the 348 in 1989 was offered in both a coupe- TB (Transversale Berlinetta) and a Targa-TS (Transversale Spider). For 1992 and 1993, a 100-unit run of the 348 Serie Speciale was offered, adding upgraded exhaust and engine management that increased power to 312 hsp.The first Ferrari road car to be emblazoned with the Cavallino RampanteItalian for Prancing Horsewas the 1947 Ferrari 125 S. A black prancing horse was used by World War I Italian pilot Francesco Baracca on the fuselage of his plane. He recorded 34 kills before being killed in 1918, becoming a national hero. In 1923, Enzo Ferrari met the mother and father of Baracca. Baraccas mother told Ferrari to paint the prancing horse on his cars as it would give him good luck. Ferrari did so and added the splash of yellow, the color of his birthplace, Modena. Similarly, another racing icon- Porsche, has the horse on its logo taken from Stuttgart's Coat of Arms and represents the horse farms (a term for a horse-breeding farm, as stud farm in German is Stuttgart or Stuotgarten) on which the city was built. This particular Ferrari is a beautiful example of what this iconic sports car epitomizes. Offered in the sale is the original briefcase tool kit and convertible top cover. We welcome trades and can arrange financing. Please contact Suzanne for more information at Bavarian Motorsport (610)444-2222 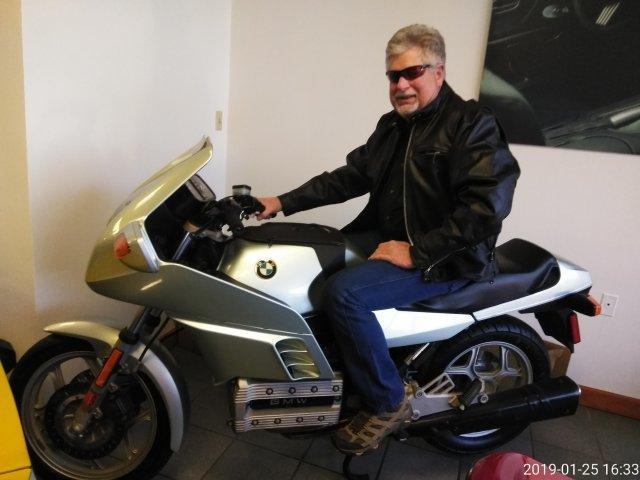 1985 BMW K100R5 "What are we going to do?", said the engineers at the BMW motorcycle division. The year was 1979 and sales and market share of the R100S were dropping dramatically. Blame it on Honda - the introduction of the CB750-4 in 1969 created a revolution in the motorcycle world that is still felt today. This affordable bike featured a vertical four cylinder, overhead valve engine that was smooth, powerful, and reliable. Yes indeed, the Japanese bikes had grown up. The "boxer twin" engine design that had powered the BMW line for many years became instantly obsolete. Instead of relying on customer loyalty to an outdated engine design (sorry Harley fans), BMW decided to compete in this new era focused on power, speed, and handling. What emerged in 1983 was a liquid cooled, horizontal, overhead valve, four cylinder powerplant that became known affectionately as the "Flying Brick". At 984 cc and 90 horsepower, it was to date the largest displacement and most powerful motor BMW had ever produced yet it still retained the smoothness and quality of manufacturing that the brand was famous for. Loyalists were slow to embrace this new direction that BMW was taking, but sales soon soared and the K100 line remains one of the most popular bikes BMW ever made. An added bonus was that this bike proved to be very reliable and required far less "tinkering" than the older bikes. The K100LT was a comfortable touring model capable of long range, problem free excursions. The Ki line that followed in 1993 carried on the legacy of quality engineering and manufacturing that BMW is known for to this day. At Bavarian Motorsport, we are offering a rare find - a 1985 K100RS with only 4,019 miles. The sport fairing, fuel tank, and body panels are finished in Madison Silver Metallic and an optional tank bag is included. Please contact Suzanne 610-444-2222 We welcome car trades!

Ahhh, such an amazing car the Mercedes SL. A two-seater with folding soft top and removable hardtop built for the Autobahn . The 450SL is an 8-cylinder 225 hp with 3-speed automatic transmission , it is one of those tried-and-true engines that last forever if it's properly maintained. It is rare for me to come across one that has original paint . Yellow is the official color. This SL originally had an MSRP Of $21943.00. It still has the Becker radio, though aftermarket rear speakers were added and a Bluetooth device. These original radios can be worth money even not working. The original tool kit still in the plastic bag and original service books with build card are all stamped. It's owner has owned it since 2016 and installed a new soft top. The interior is black. The owner added a Nardi signed steering wheel. He liked the feel of a smaller wheel more then the gigantic wheel of this recirculating ball steering Mercedes. The hardtop is in excellent condition and the soft top is new. With less than 42500 miles on it, this is a very rare find. We welcomed trades and can arrange financing. Please contact Suzanne at Bavarian Motorsport three-zero-two five four five three four eight nine.